The answer is a parrot 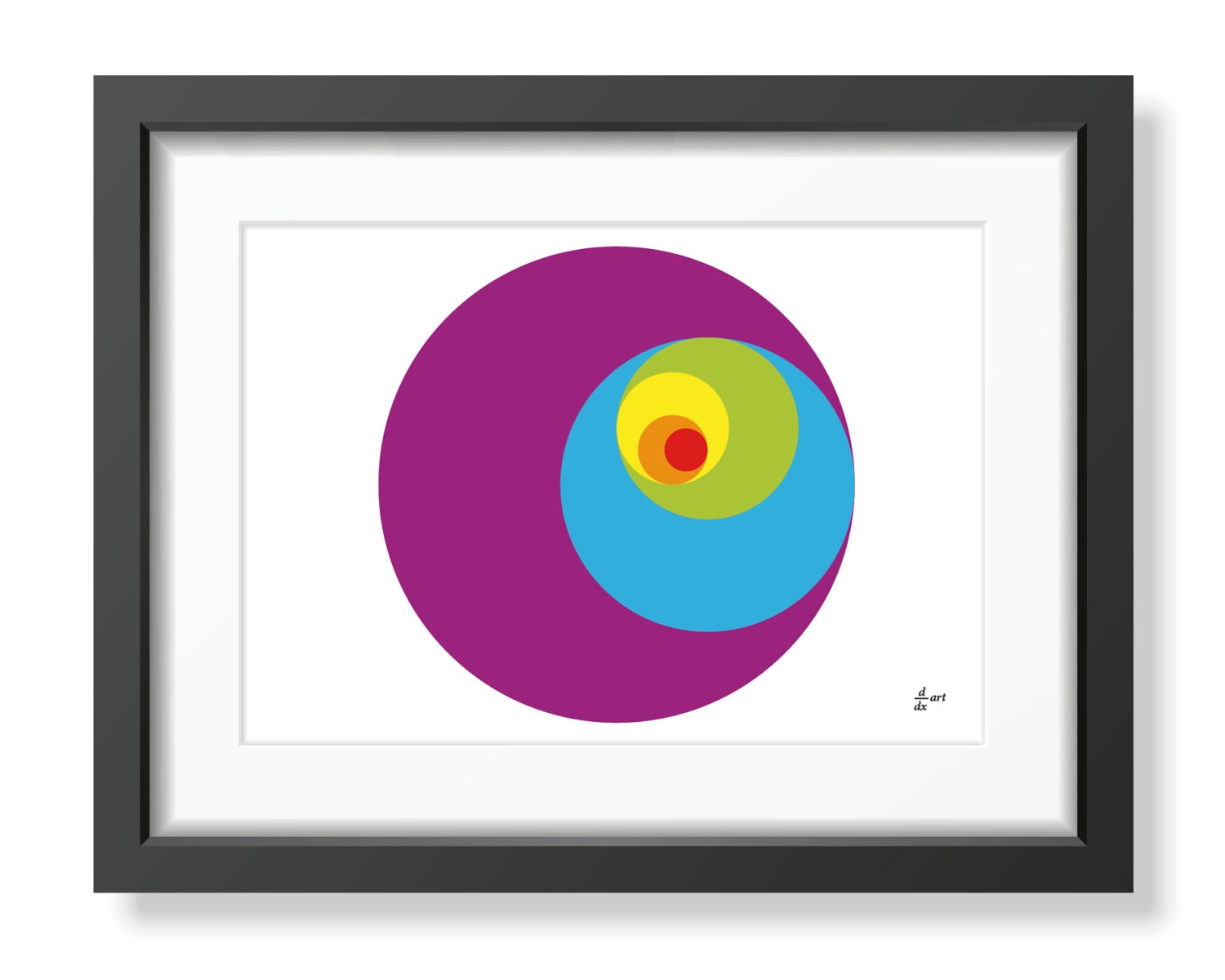 Anyone who follows my work knows that there are a number of things that I love, two of the most significant being simplicity and the Fibonacci series. So no one need be surprised by this new connected set of designs employing circles.

In all honesty I usually find Fibonacci rectangle sets which include a so-called ‘golden spiral’ totally unattractive. But the fact that it can be (and is) done ad nauseam suggests that people see something there. Many of the spirals are not really that, they are a collection of quarter circles, each one separately based on the squares formed in a Fibonacci rectangle set and then strung together. It works when using the larger squares but gets ugly as the squares get smaller – the segments are not spiral they are bits of a circle and it looks increasingly wrong as the 'spiral' winds its way in.

But the circles are real, they are firmly based in the geometry of the shape and they share with the squares the fact they relate to each other via the ‘golden ratio’ – each circle is 0.618 the diameter of the next largest. In other words they have just as much right to have the ‘Fibonacci’ cachet applied to them as the squares. When superimposed on a set of Fibonacci rectangles the circles look like this: 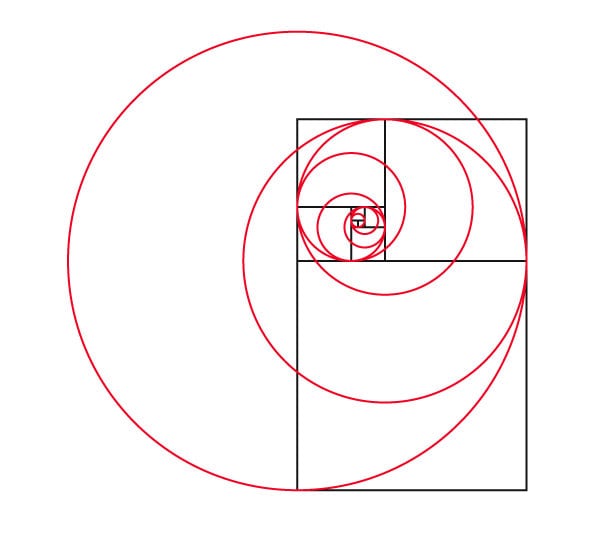 So what happens if we drop the rectangles completely and concentrate on the circles? The answer is something really very nice. 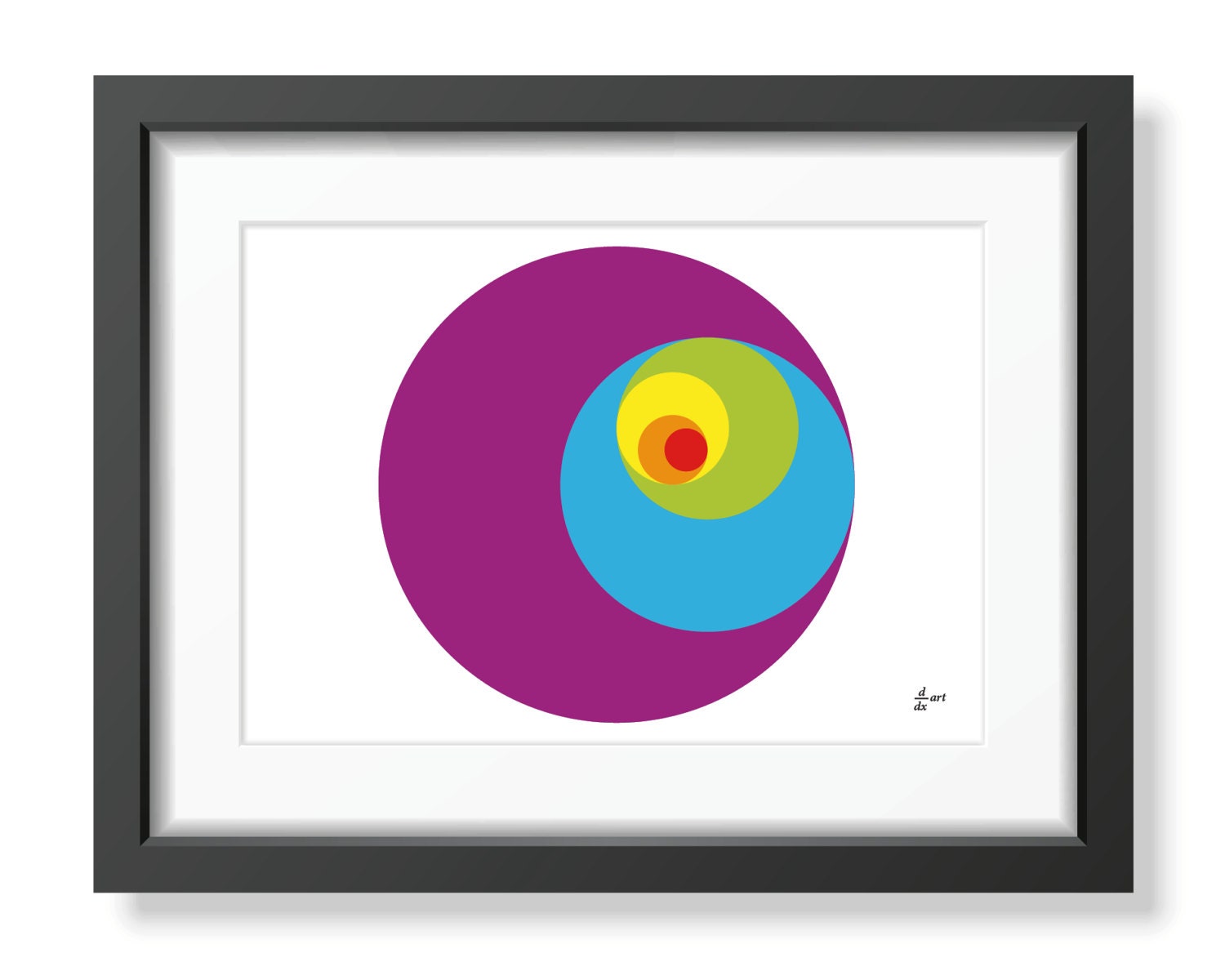 And we needn’t stop there. That ersatz  ‘golden spiral’ is still embedded in the circles. You can trace it if you begin at the bottom of the larger circle and follow the circumference round anti-clockwise, changing to the circumference of a smaller circle whenever you come to a point where two circles touch.

As far as that path is concerned most of the circumference of each circle is redundant, so what happens if we take the easy option and discard the unused half of each circle. Once again the result is something rather wonderful and, I’d wager, not something that most people would have expected: 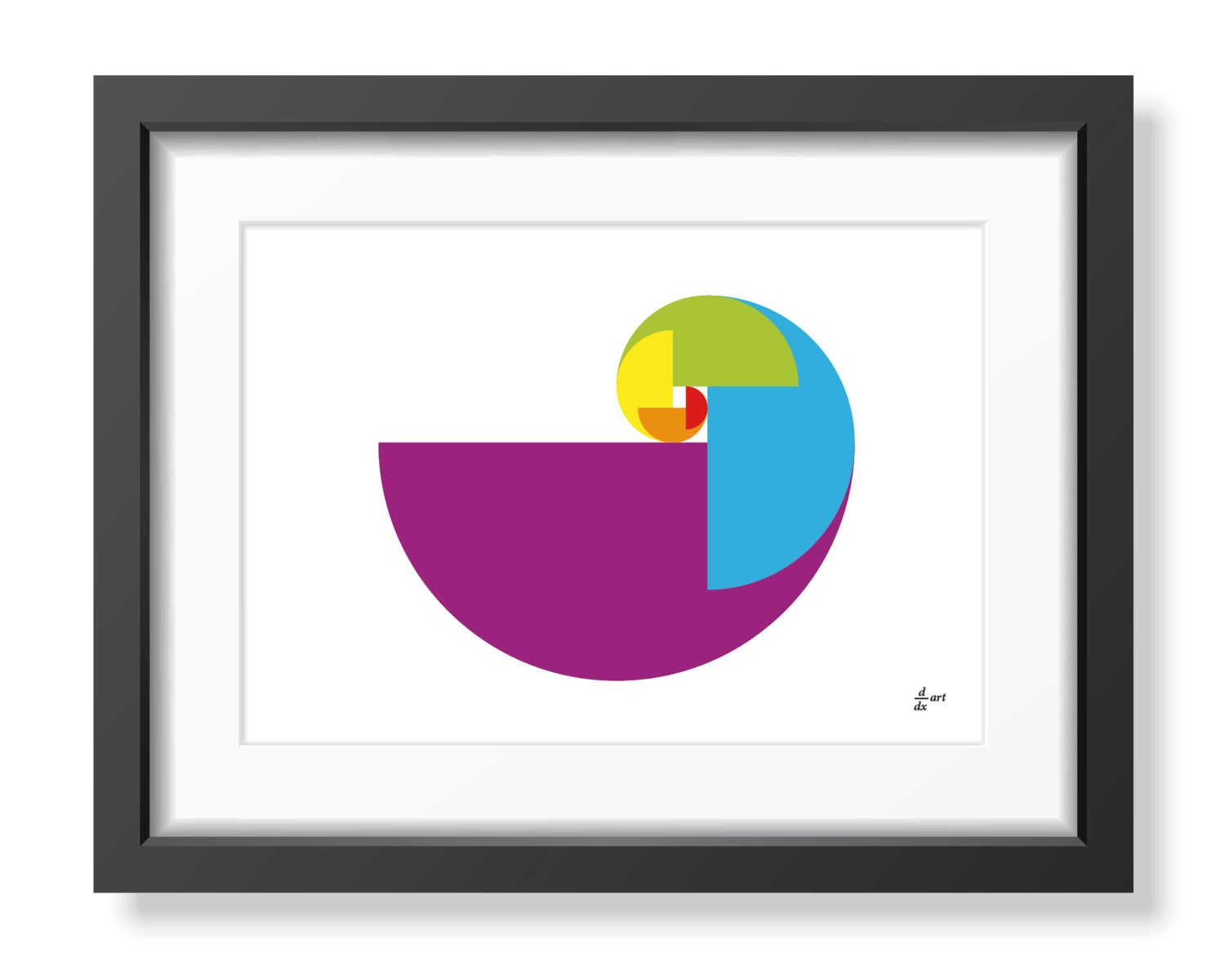 I’m calling it my ‘Golden Spiral Parrot’ and it’s a great end to a fun day exploring.

Previous Post Where are you?
Next Post The golden ratio with a compass and ruler
0 items in your cart