Sine,cosine, tangent (it's not so bad) 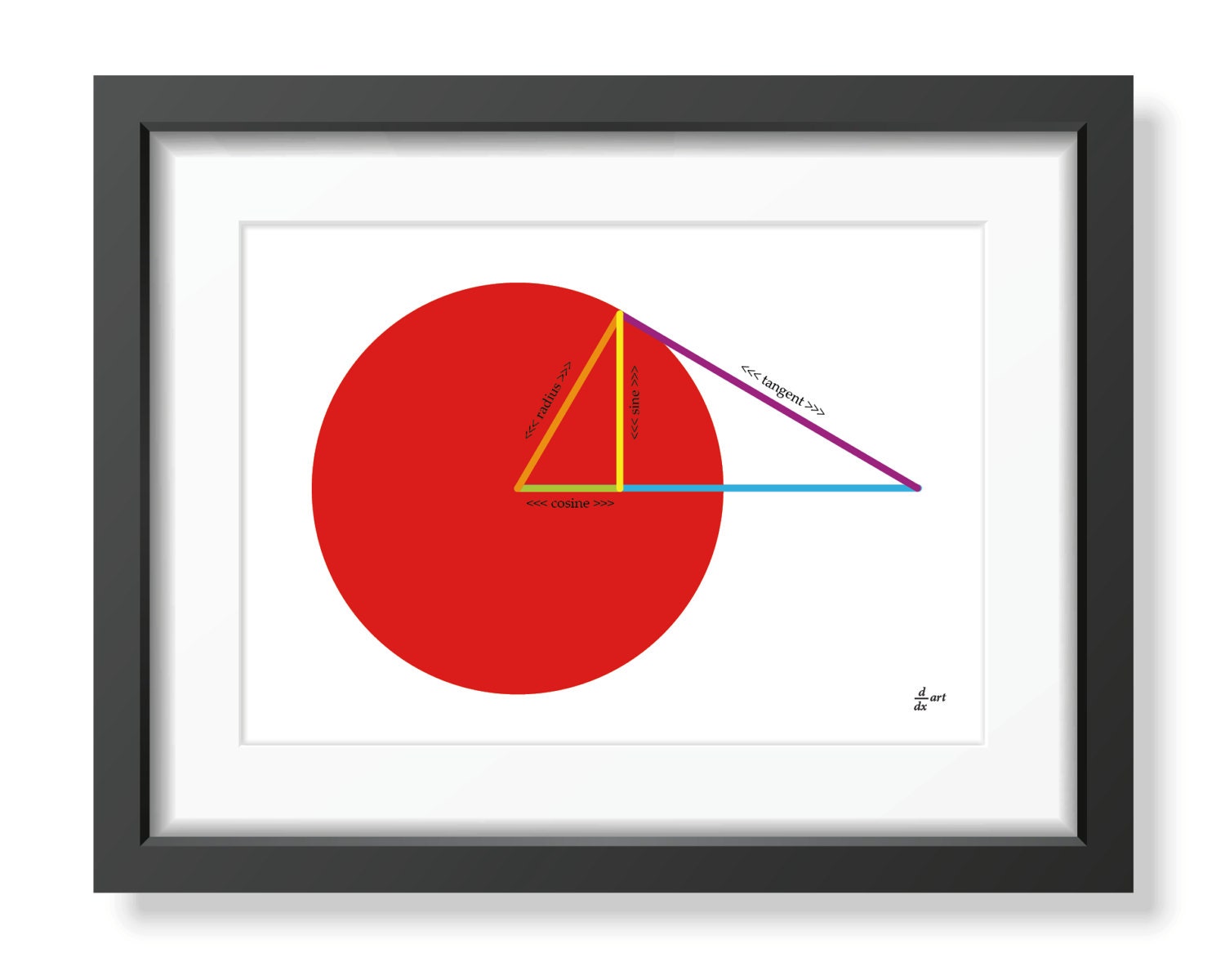 When something is widely used, often in dense and complex expressions, it can be easy to forget that it’s actually very simple. So it is with sines and cosines. They are everywhere in maths, science and engineering, often embedded in fearsome-looking calculations. And yet they are the simplest things, and sometimes it is only necessary to remember that fact in order to unlock what seemed like an impenetrable problem.

You’ve made a triangle. It may be to the left or right of the centre, it may be above or below the centre, it doesn’t matter. It’s a right-angled triangle and the radius is the longest side.

We’re interested in one angle, which may or may not be inside the triangle. It’s the angle between the line that goes from the centre of the circle to the point where three o’clock would be on a clock face, then moving anticlockwise round to your radius. Finally, we’re going to call the length of your radius 1 unit - it doesn’t matter what length it is, for our purposes it’s 1 unit long. You’ve now ready to understand sines and cosines. No really. That’s it.

The sine of the angle we’re interested in is the vertical line you drew. The cosine is the part of the horizontal line between the centre and where it meets the vertical line. If you want that as a number, just compare the length of the line with the radius – that fraction or decimal is the number you want. Oh yes, and if the triangle is below the centre of the circle, stick a minus sign in front of the sine – it’s negative. In the same way, if the triangle is left of centre, the cosine is negative. That’s all there is.

Notice that because we’re dealing with a right-angled triangle, there’s one very simple and useful fact we already know. Remember Pythagoras? We’ve defined the radius as length 1, but the radius is also the hypotenuse, the longest side, of our triangle. So the squares of the other two sides must add up to... 1. In other words take the sine of one of the two non-right angles angle and square it, then take the cosine and square it and they add up to 1. Many apparently tricky problems disappear in a puff of smoke when you bring together pairs of cos^2 (the cosine squared) and sin^2 which magically melt into 1s.

Remembering Pythagoras can also help you remember the sines and cosines of some frequently-used angles. Take the angle 45°(π/4). It creates a triangle with two equal sides. Hmmm. What number, when squared and multiplied by 2 (since they’re equal) equals 1? Has to be 1/√2. A good start is simply to remember the sine and cosine of the following five angles:

And that tangent. It’s just the sine of the angle divided by the cosine but it has a bit more attitude. It refuses to be limited to travelling between 0 and 1. When the angle is 0, it’s zero. At 45° it’s 1. And at 90° it’s off to infinity and beyond.