The golden ratio with a compass and ruler 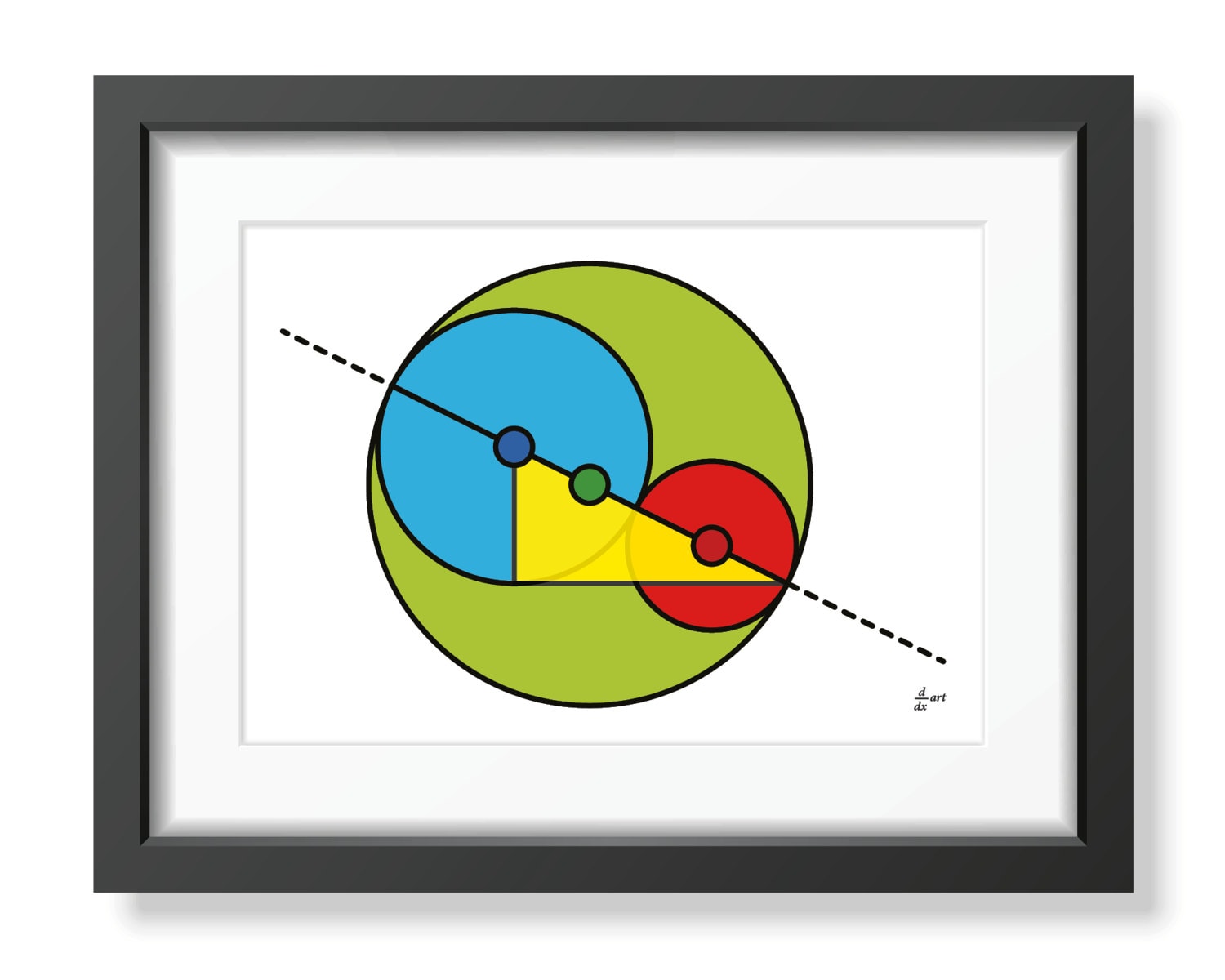 I’m not sure that anyone will ever buy this apparently simple design but that’s OK because I love it. I love it because in a few lines which can easily be created using a ruler and compass it reveals many of the secrets of the so-called ‘golden ratio’ and its relationship to the Fibonacci series.

The next step is to extend the hypotenuse by the length representing 1, which is simply accomplished by drawing a circle with the radius of the triangle’s vertical and drawing a straight line out from the hypotenuse to meet the circle. The length of the extended line now represents

Finally, we find the mid-point of the extended line, so now we have two segments, each of which represents the value

So if we return to the design and draw a circle based on the midpoint of the extended hypotenuse, its radius is ,

or 1.618 times the upright of the triangle, which represents 1 for us. And the smaller circle we already drew has a radius of 1, which 0.618 that of the larger circle. If we add a third circle to fill the space left on the hypotenuse it will be smaller again by a factor f 0.618. And just because the values are based on the golden ratio, they all fit together in a Fibonacci-like way, two smaller units adding up to the next larger one.

So with a few lines we’ve demonstrated that scary numbers (like the square root of 5 and the golden ratio, neither of which can be expressed exactly in our number system) can be created with simple geometric techniques and the resulting shapes used to provide straightforward examples of complex concepts.

Oh yes, and the design is beautiful.

Previous Post The answer is a parrot
Next Post Sine,cosine, tangent (it's not so bad)
0 items in your cart