A life on the waves 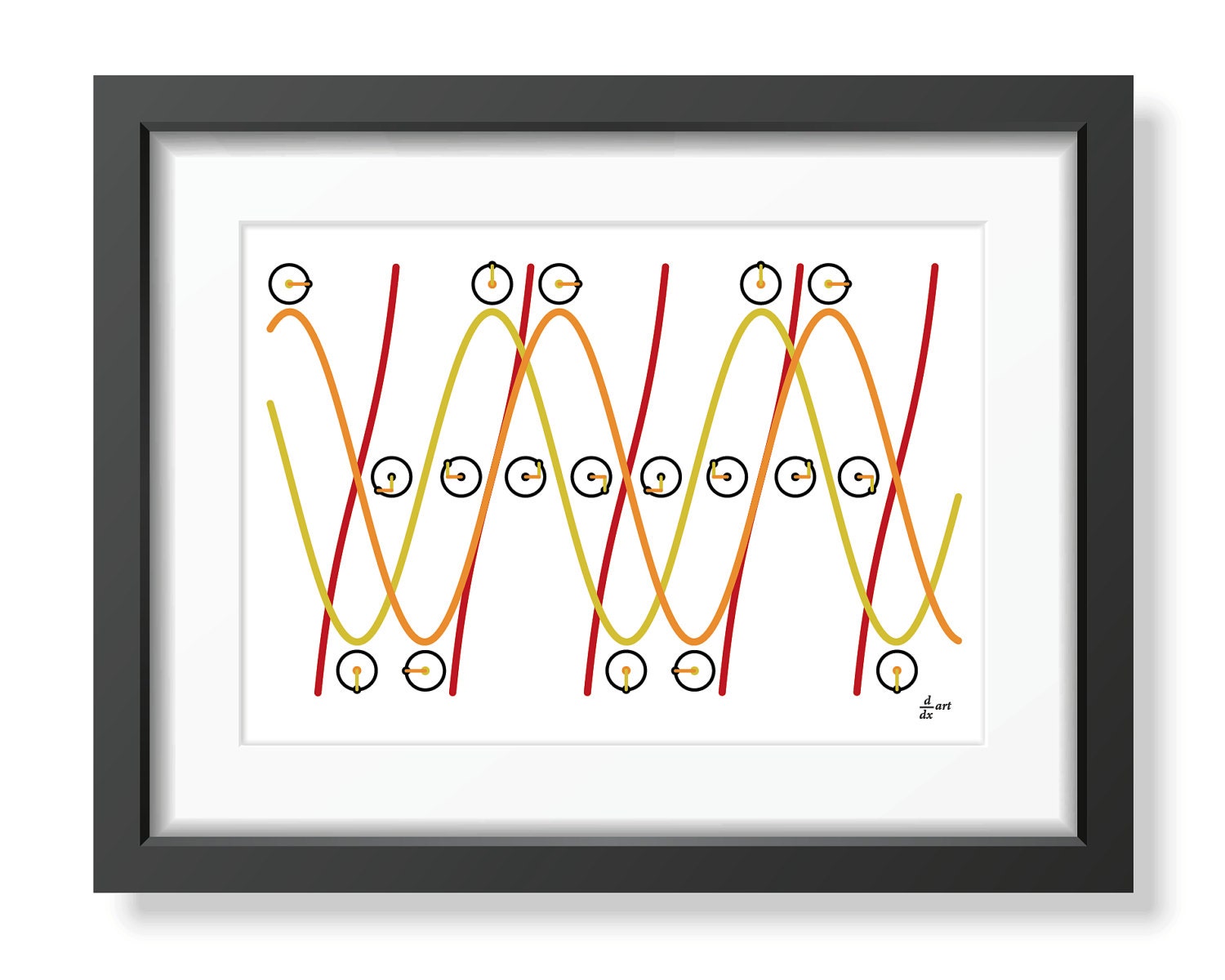 So I like this design for its liveliness, for the neatness of the concept embodied in the small icons and, not least, because when I look at it sets my mind at rest. As always there's an explainer on the ddx art site at ddxart.co.uk/sin-cos-and-tan-waves/ 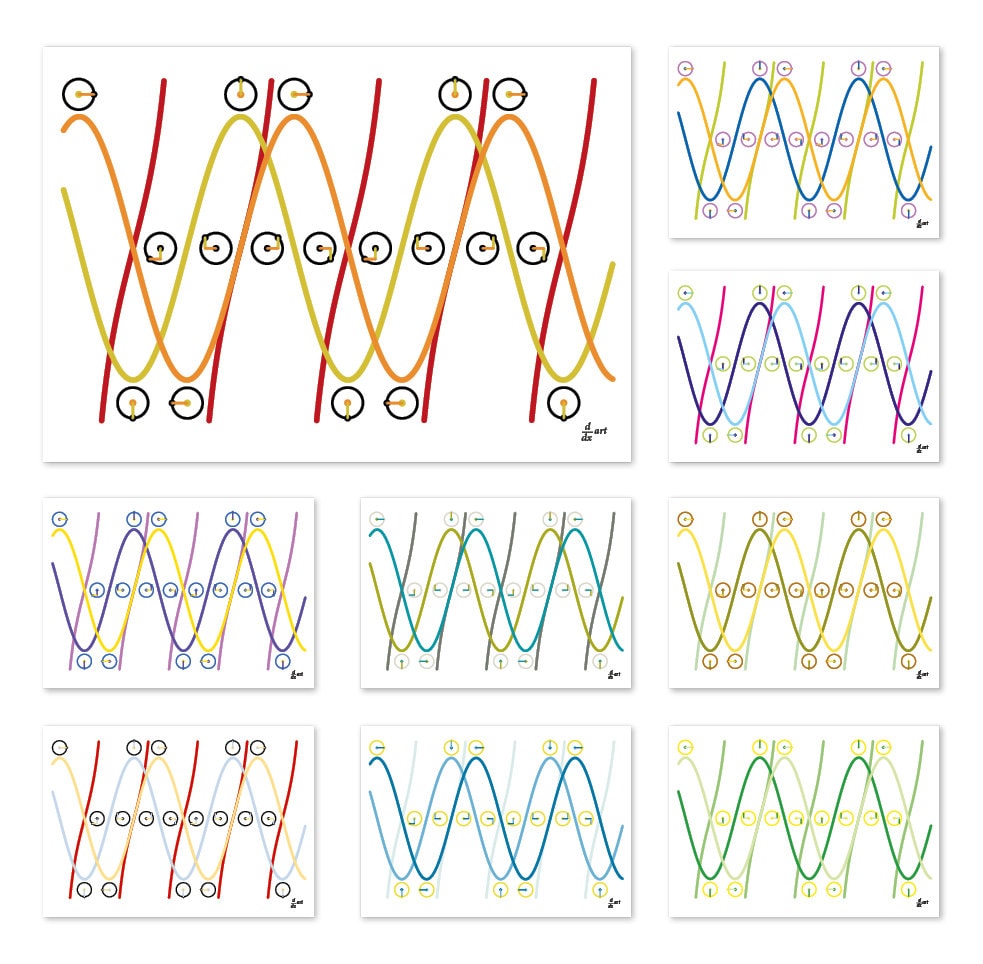